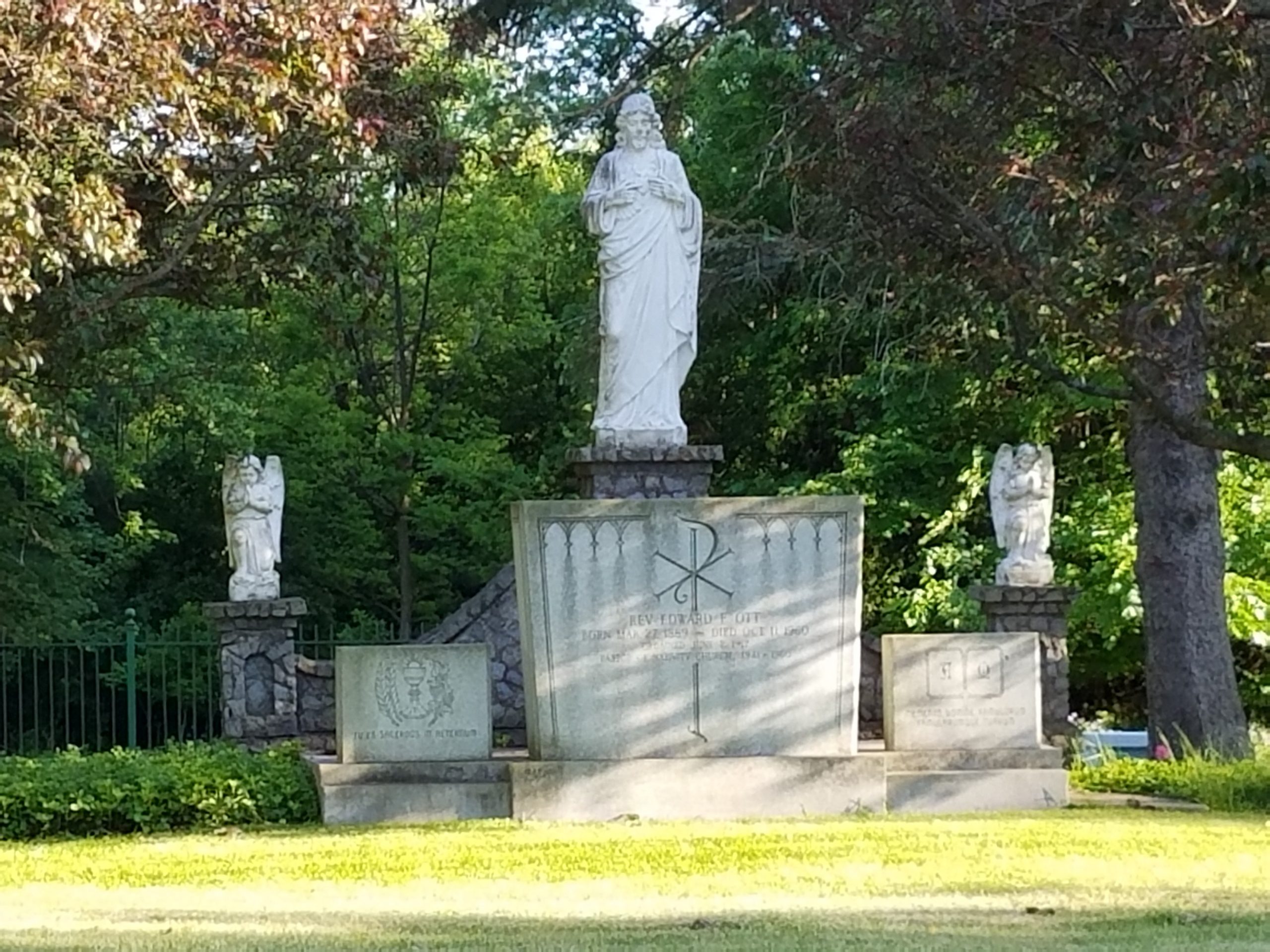 Nativity of Our Lord’s cemetery is located at the corner of South Buffalo and Highland Street, just one block from Nativity Church. Nativity cemetery has in-ground plots available as well as niches in our columbarium.  Nativity is covered by perpetual care. Perpetual care funds are monies placed in trust by cemeteries to generate income to cover cemetery maintenance in perpetuity.

If you are in need of cemetery space for yourself or a loved one, please call Sue at 662-9339.

COLUMBARIUM
A Columbarium is a room or building with niches for funeral urns to be stored.

Resources for Catholic funerals and burials: 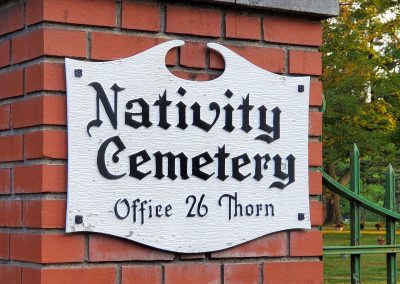 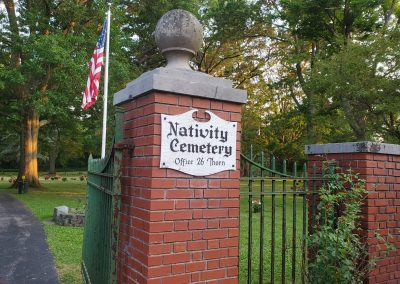 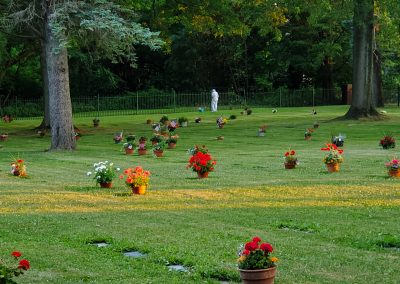 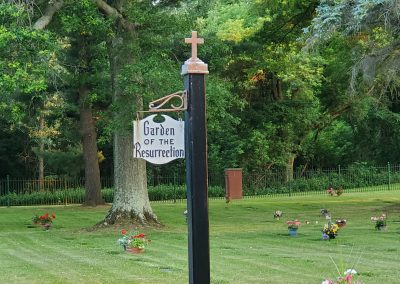 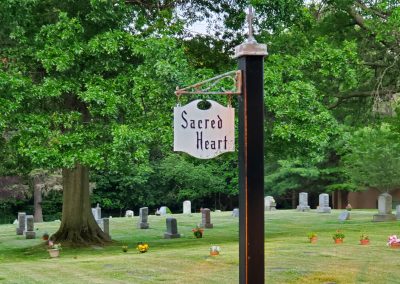 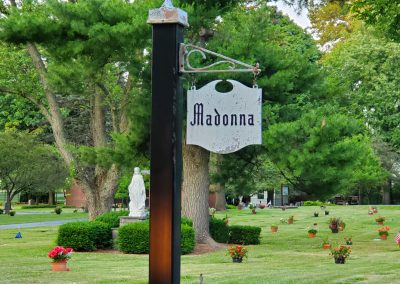 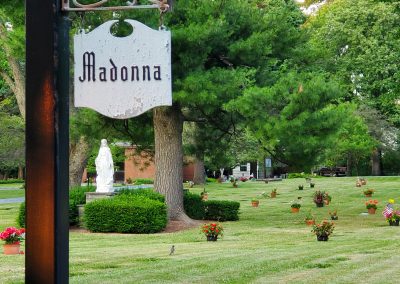 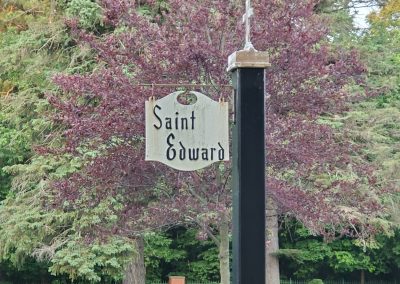 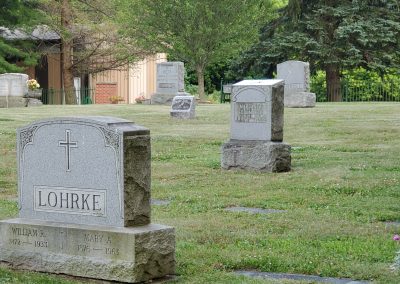 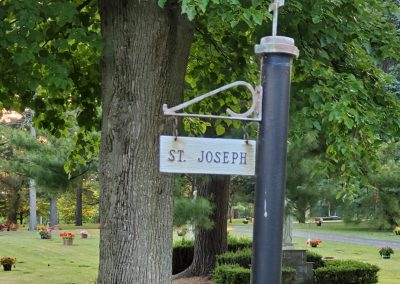 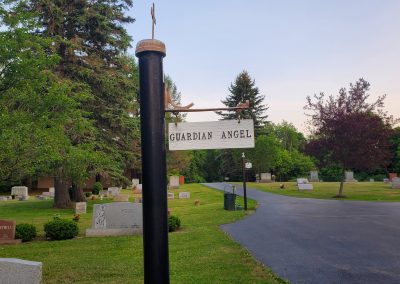 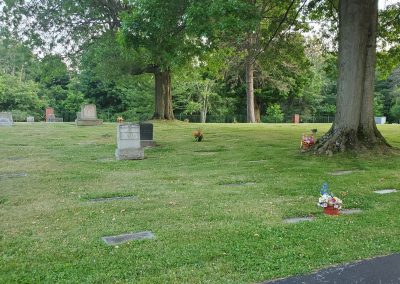 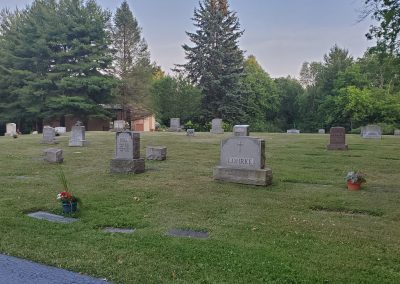 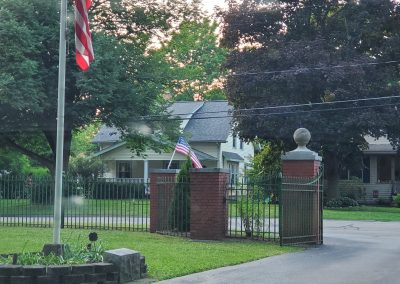 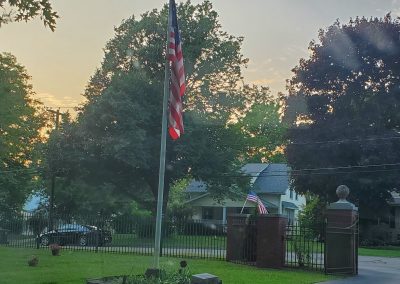 The Catholic Church continues to prefer burial in the ground, but it accepts cremation as an option, although it forbids the scattering of ashes or keeping cremated remains at home.
Professing belief in the resurrection of the dead and affirming that the human body is an essential part of a person’s identity, the Catholic Church insists that the bodies of the deceased be treated with respect and laid to rest in a consecrated place.

Caring for the bodies of the deceased, the church confirms its faith in the resurrection and separates itself from attitudes and rites that see in death the definitive obliteration of the person, a stage in the process of reincarnation or the fusion of one’s soul with the universe.

In 1963, the congregation issued an instruction permitting cremation as long as it was not done as a sign of denial of the basic Christian belief in the resurrection of the dead. The permission was incorporated into the Code of Canon Law in 1983 and the Code of Canons of the Eastern Churches in 1990.

Cremation, in and of itself, does not constitute a denial of belief in the immortality of the soul and the resurrection of the body, the instruction says. Nor does it “prevent God, in his omnipotence, from raising up the deceased body to new life.”

However, the Catholic Church wholeheartedly recommends continuing the pious practice of burying the dead. It is considered one of the corporal works of mercy and, mirroring the burial of Christ, it more clearly expresses hope in the resurrection when the person’s body and soul will be reunited.

Belief in the resurrection of the flesh is fundamental. An anonymous burial or scattering of ashes is not compatible with the Christian faith. The name, the person, the concrete identity of the person is important because God created each individual and calls each individual to himself.

Placing the ashes in a sacred place also prevents the faithful departed from being forgotten or their remains from being shown a lack of respect, which is more likely to happen as time goes on and the people closest to the deceased also pass way.

The English text of the instruction can be found at: http://www.vatican.va/roman_curia/congregations/cfaith/documents/rc_con_cfaith_doc_20160815_ad-resurgendum-cum-christo_en.html