Diocese of Buffalo Office of Pro-life 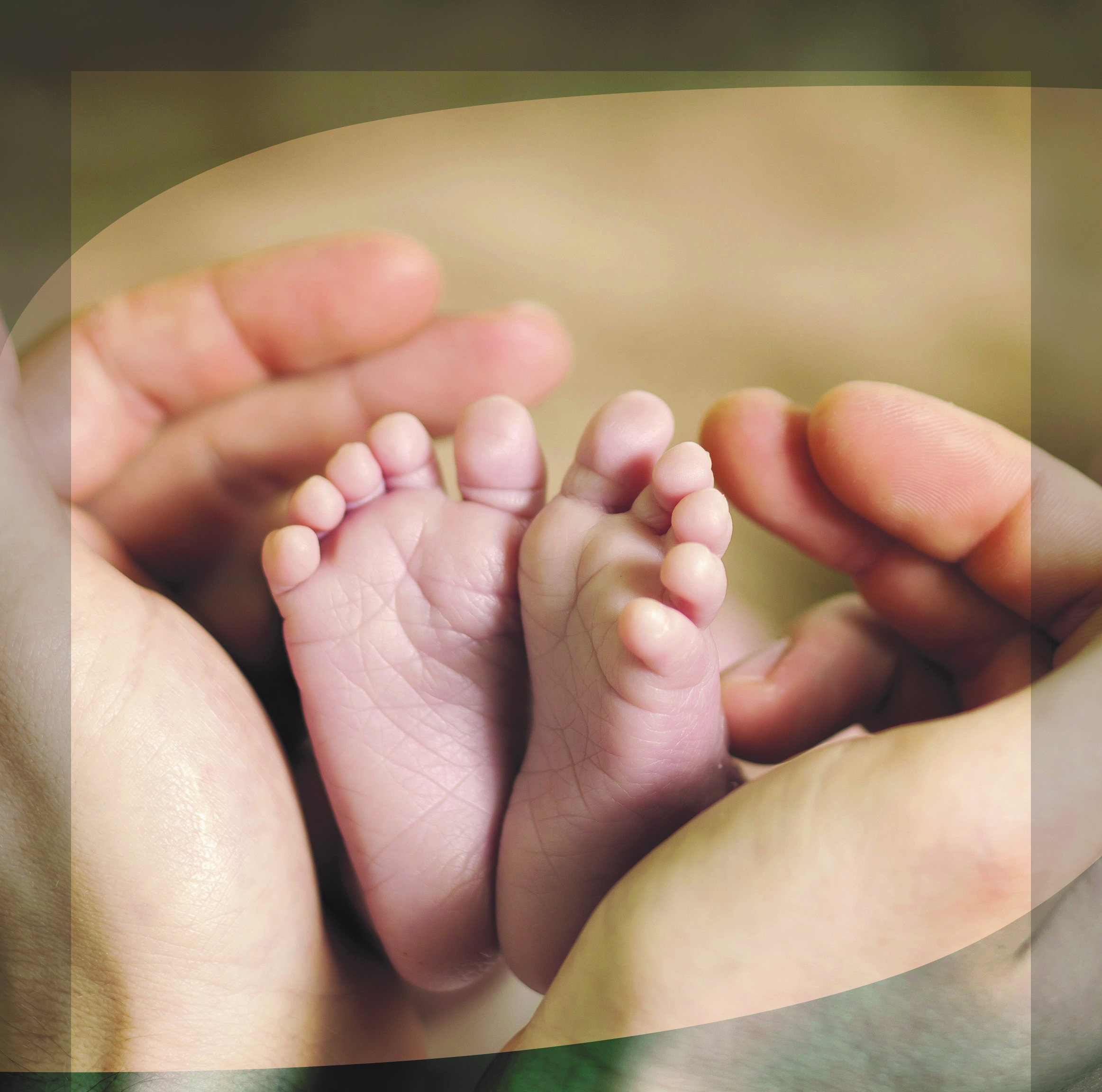 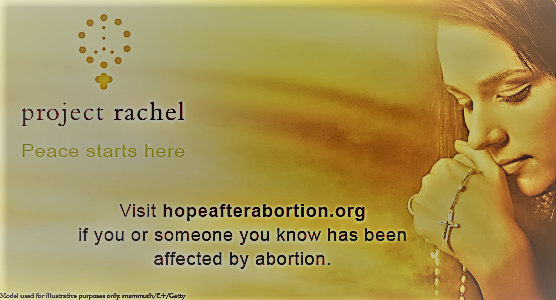 WE WILL ONCE AGAIN HAVE A TABLE AT THIS SUMMER’S ERIE COUNTY FAIR! 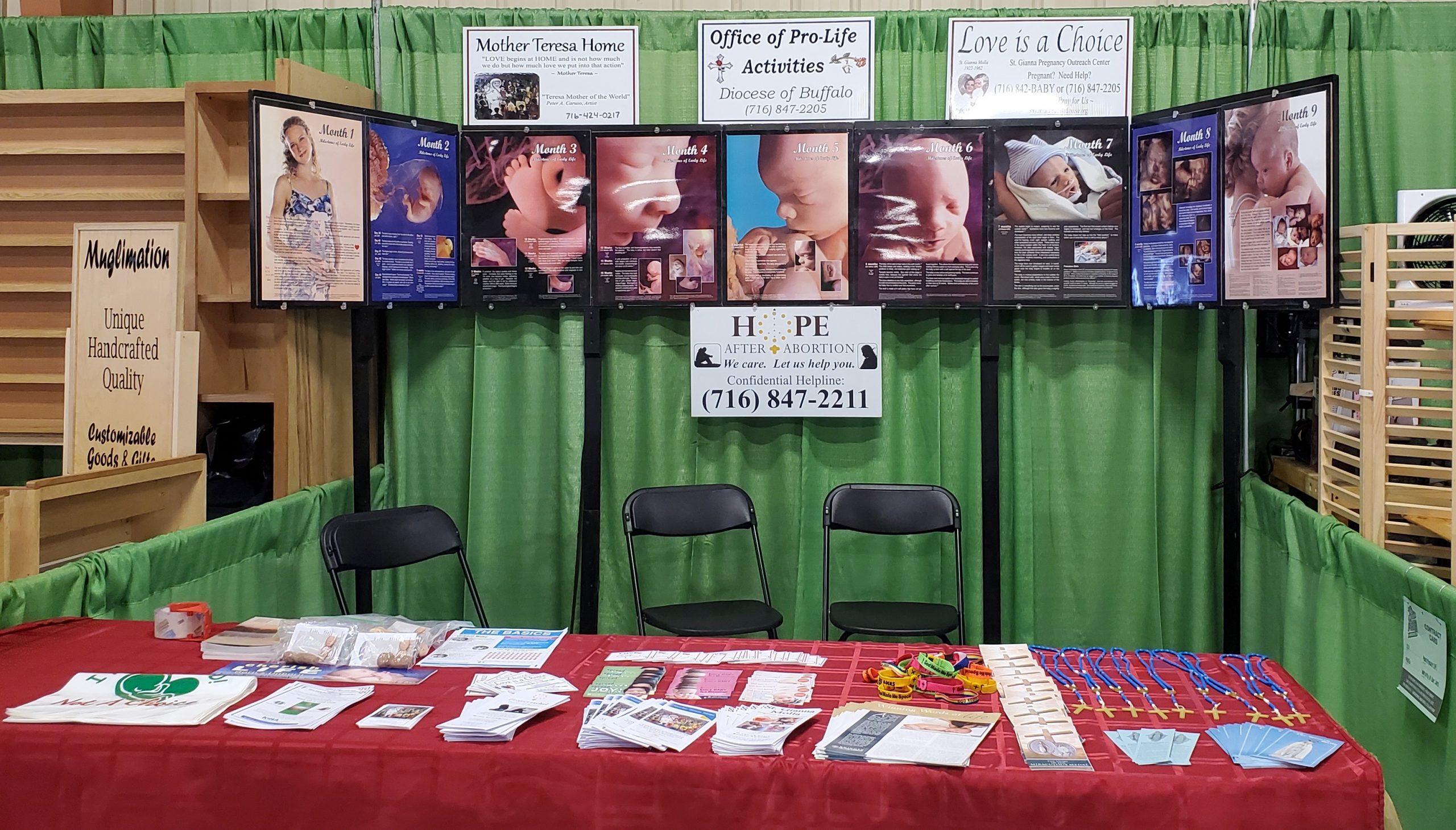 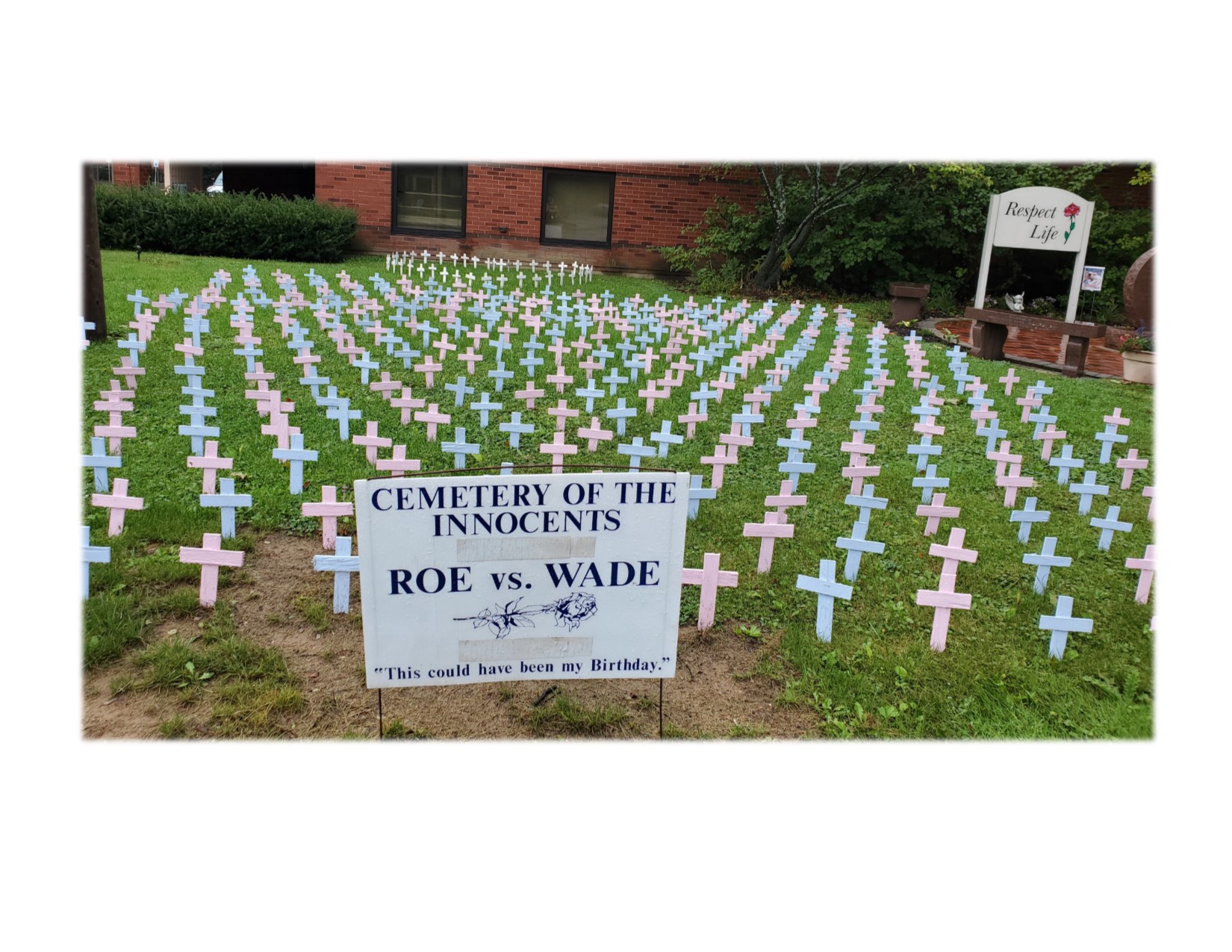 A FEW OF OUR ACTIVITIES

We currently hold regular prayer vigils in front of the Planned Parenthood Clinic on Center Road in WestSeneca (located on Center Road), so if you or anyone you know is able to attend that would certainly be appreciated. The Friday Rosary begins at 10:15AM. We also have weekly Rosaries prayed there every Wednesday beginning at 11:30AM, and every Saturday starting at 10:00AM.

We host a Living Rosary in October (Respect Life Month) at Nativity Church in collaboration with Nativity’s Faith Formation program. 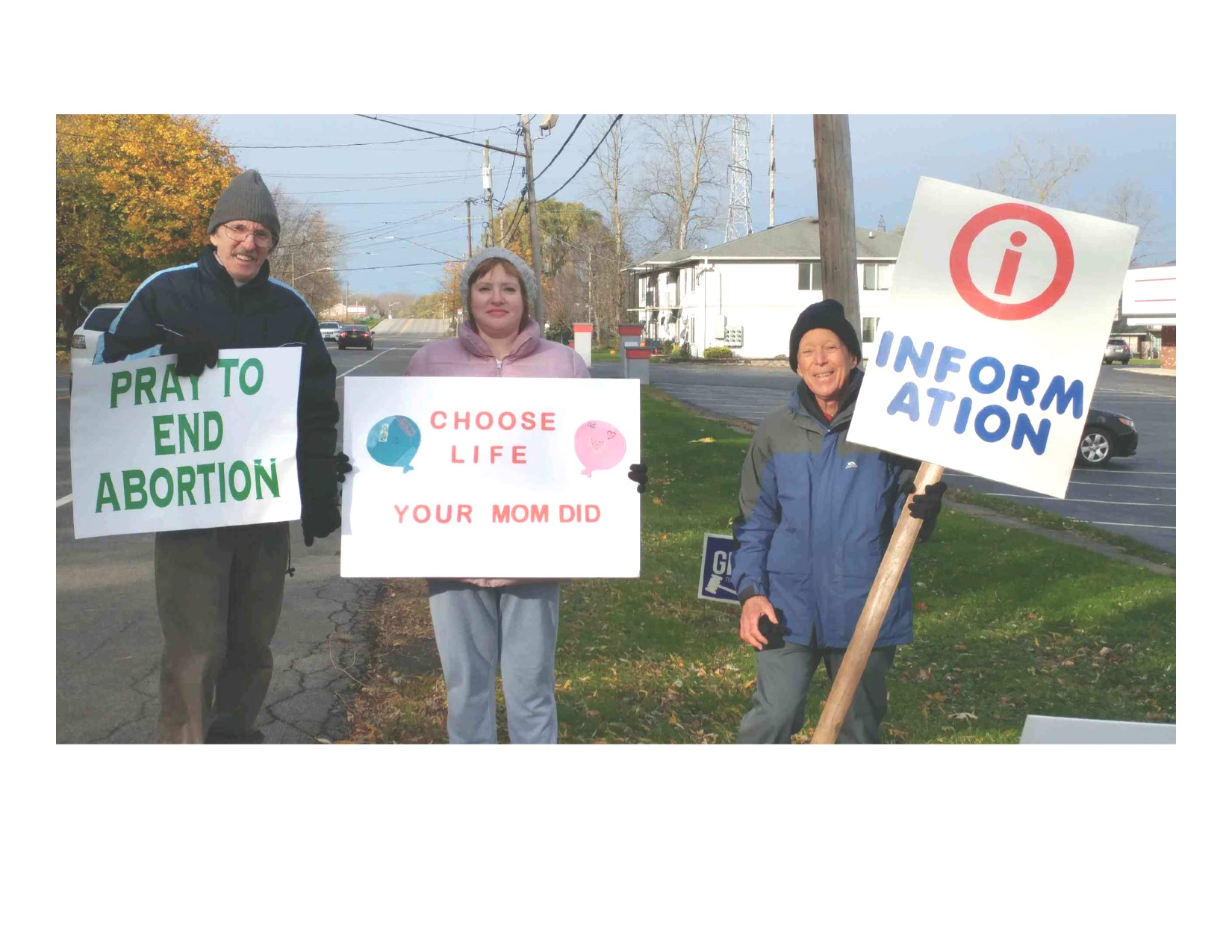 Nativity church began its current Pro-life Committee in 2018. It is a vibrant and passionate group that always welcomes new members. We work collaboratively with neighboring parishes and churches of other faiths to spread the word that life begins at conception. 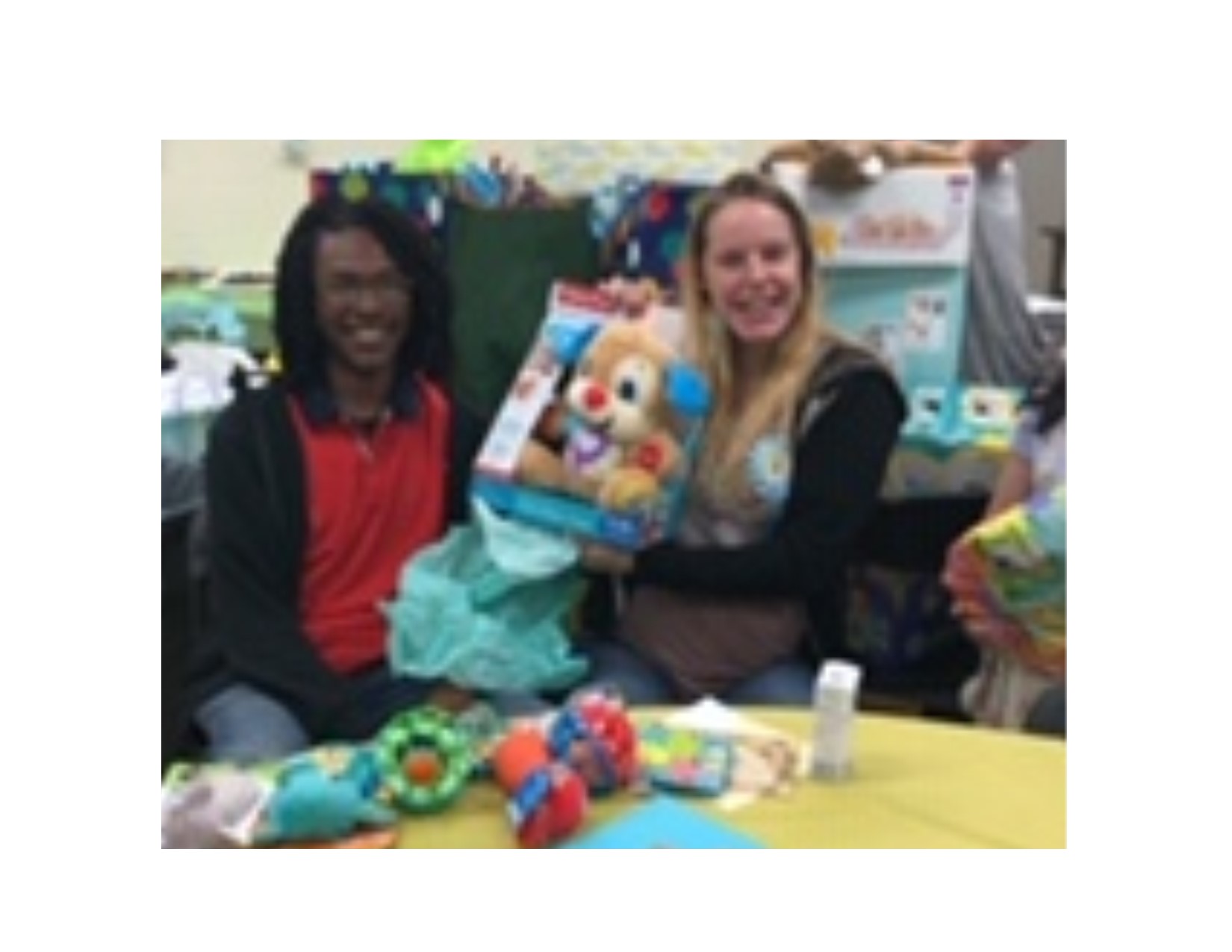 Nativity’s Pro-life Committee is always looking for new ways to promote the sanctity of life. We don’t just spread the word that abortion is wrong. We also strive to help mothers who choose life.

To that end, Nativity is proud to collect new and gently used baby items for the Gianna Molla and Mother Theresa House.

Nativity has also hosted a baby shower for a young mother living at the Mother Theresa House.

On the Importance and Priority of Defending Innocent Human Life

It is impossible to further the common good without acknowledging and defending the right to life, upon which all the other inalienable rights of individuals are founded and from which they develop. A society lacks solid foundations when, on the one hand, it asserts values such as the dignity of the person, justice and peace, but then, on the other hand, radically acts to the contrary by allowing or tolerating a variety of ways in which human life is devalued and violated, especially where it is weak or marginalized. Only respect for life can be the foundation and guarantee of the most precious and essential goods of society, such as democracy and peace.

The first right of the human person is his life. He has other goods and some are more precious, but this one is fundamental – the condition of all the others. Hence it must be protected above all others. It does not belong to society, nor does it belong to public authority in any form to recognize this right for some and not for others: all discrimination is evil, whether it be founded on race, sex, color or religion. It is not recognition by another that constitutes this right. This right is antecedent to its recognition; it demands recognition and it is strictly unjust to refuse it.

Congregation for the Doctrine of the Faith, Declaration on Procured Abortion (1974), no. 11

At this particular time, abortion has become the fundamental human rights issue for all men and women of good will. …. For us abortion is of overriding concern because it negates two of our most fundamental moral imperatives: respect for innocent life, and preferential concern for the weak and defenseless.

Among important issues involving the dignity of human life with which the Church is concerned, abortion necessarily plays a central role. Abortion, the direct killing of an innocent human being, is always gravely immoral (The Gospel of Life, no. 57); its victims are the most vulnerable and defenseless members of the human family. It is imperative that those who are called to serve the least among us give urgent attention and priority to this issue of justice.

Pastoral Plan for Pro-Life Activities: A Campaign in Support of Life (2001), Introduction

[A]bortion and euthanasia have become preeminent threats to human dignity because they directly attack life itself, the most fundamental human good and the condition for all others.